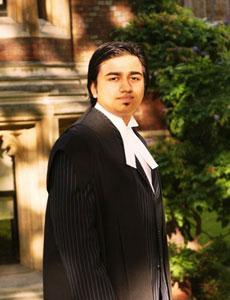 Mr. Rahman’s favourite quote :  “The Costitution only gives people the right to pursue happiness. You have to catch it yourself.” – Benjamin Franklin