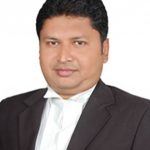 Mr. Dider us Salam was enrolled as an Advocate on 08.12.2009 and since then he has been practicing regularly in the District Courts of Bangladesh. He is a member of the Gazipur District Bar Association and a regular practitioner of the Dhaka and Gazipur Bar.

Mr. Dider us Salam has been associated with Legal Reliance and engaged in the Legal Profession since 2007. He is specialized on Company matters, Constitutional matters and Arbitration.

Mr. Dider us Salam is also a faculty member of a private University in Bangladesh namely Daffodil International University. He teaches Business Law, Contract Law and Alternative Dispute Resolution at the university.

The following are some of the subjects/matters I have litigated/advised upon: